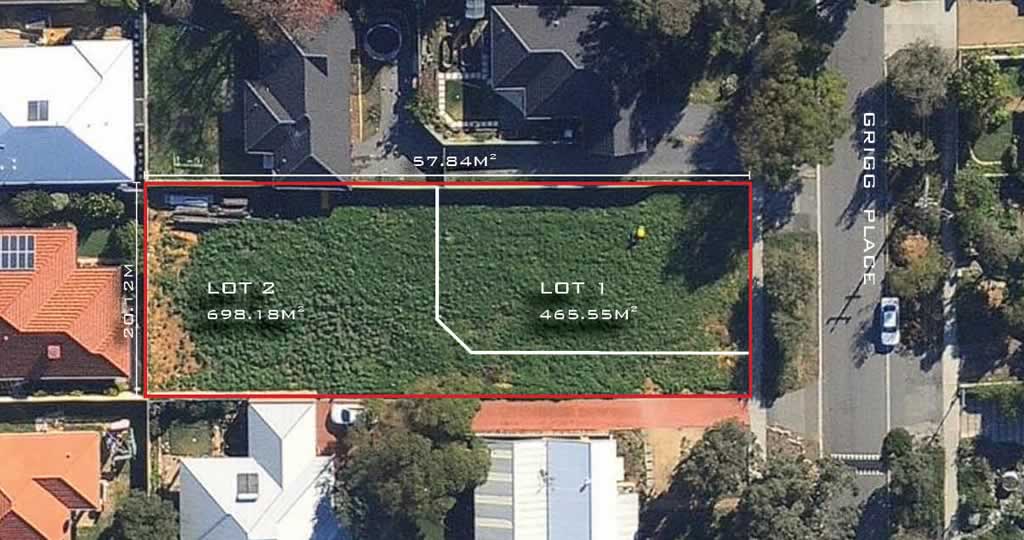 Located in the Fremantle suburb of Hilton, the 1160 square meter property was chosen by Josh because of its ideal orientation for climate sensible design. Only a short walk to shops, the local park, public transport, and with a strong and vibrant local community, Josh’s family also love the suburb.

Measuring around 60m by 20m on an east-west axis, the block was subdivided in a typical ‘battle axe’ arrangement to provide two building sites which maximise the potential for northern solar access. The site had a number of other things going for it – it’s flat, free draining, and clear of any significant vegetation. The only obstacle was the removal of the original timber framed, asbestos clad 1950’s cottage which wasn’t as easy as expected due to local Council heritage policy. Josh bought the property confident that the modest four room dwelling wasn’t of heritage significance. An independent assessment confirmed this and Council gave approval for its demolition.

The asbestos was carefully removed and disposed of by specialist contractors. Most of the remaining materials including framing timbers, floorboards and roof sheeting were salvaged for use in the landscaping and outbuildings. The original window frames, doors, sinks and bath tub were also saved and offered to neighbours who are renovating cottages from the same period.

The homes are a modern take on the classic Hilton brick and weatherboard look, with a mix of modern rendered finishes, old style weatherboards and heritage red brickwork in high impact areas. The sympathetic roof lines, combined with the generous building setback of the front house fit comfortably with the 1940’s feel of the suburb…

The houses are based on well-established solar passive design principles to ensure maximum thermal comfort year round, with no air-conditioning or artificial heating required. Energy and water efficient fixtures and appliances, combined with onsite power generation, rainwater harvesting and greywater recycling all contribute to the environmental performance of the homes…

Josh is well known for his love of gardening and commitment to demonstrating how landscaping can be used to improve both the sustainability and liveability of our homes and urban environments. He reckons this is his best effort yet…